Post: The Battle for the World’s Most Powerful Cyberweapon 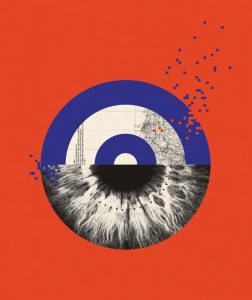 In June 2019, three Israeli computer engineers arrived at a New Jersey building used by the F.B.I. They unpacked dozens of computer servers, arranging them on tall racks in an isolated room. As they set up the equipment, the engineers made a series of calls to their bosses in Herzliya, a Tel Aviv suburb, at the headquarters for NSO Group, the world’s most notorious maker of spyware. Then, with their equipment in place, they began testing.

The F.B.I. had bought a version of Pegasus, NSO’s premier spying tool. For nearly a decade, the Israeli firm had been selling its surveillance software on a subscription basis to law-enforcement and intelligence agencies around the world, promising that it could do what no one else — not a private company, not even a state intelligence service — could do: consistently and reliably crack the encrypted communications of any iPhone or Android smartphone.

Since NSO had introduced Pegasus to the global market in 2011, it had helped Mexican authorities capture Joaquín Guzmán Loera, the drug lord known as El Chapo. European investigators have quietly used Pegasus to thwart terrorist plots, fight organized crime and, in one case, take down a global child-abuse ring, identifying dozens of suspects in more than 40 countries. In a broader sense, NSO’s products seemed to solve one of the biggest problems facing law-enforcement and intelligence agencies in the 21st century: that criminals and terrorists had better technology for encrypting their communications than investigators had to decrypt them. The criminal world had gone dark even as it was increasingly going global.

But by the time the company’s engineers walked through the door of the New Jersey facility in 2019, the many abuses of Pegasus had also been well documented. Mexico deployed the software not just against gangsters but also against journalists and political dissidents. The United Arab Emirates used the software to hack the phone of a civil rights activist whom the government threw in jail. Saudi Arabia used it against women’s rights activists and, according to a lawsuit filed by a Saudi dissident, to spy on communications with Jamal Khashoggi, a columnist for The Washington Post, whom Saudi operatives killed and dismembered in Istanbul in 2018.

None of this prevented new customers from approaching NSO, including the United States. The details of the F.B.I.’s purchase and testing of Pegasus have never before been made public. Additionally, the same year that Khashoggi was killed, the Central Intelligence Agency arranged and paid for the government of Djibouti to acquire Pegasus to assist the American ally in combating terrorism, despite longstanding concerns about human rights abuses there, including the persecution of journalists and the torture of government opponents. The D.E.A., the Secret Service and the U.S. military’s Africa Command had all held discussions with NSO. The F.B.I. was now taking the next step.

To view more of the original article, visit the following link: