Post: Street Fighter 6 needs these features right out the gate 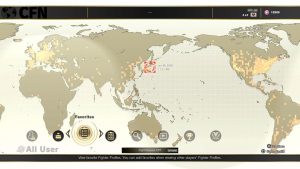 Street Fighter 6 was finally revealed by Capcom this week, cementing the end of the Street Fighter 5 era and getting fans excited for a new entry in the legendary fighting game series. Though we’ve seen basically nothing about the game’s actual gameplay, there is a lot that we know the game definitely needs on launch to avoid the fiasco its predecessor went through.

And it all starts with actually finishing the game before its release.

One of the initial criticisms of Street Fighter 5 was the fact that it released in a seemingly unfinished state. Not only did the game launch with a paltry number of characters when compared to its predecessor, but the game lacked content in general.

The biggest omission was the arcade mode, a staple of the genre even when it comes to the weakest title. The title’s director, Yoshinori Ono, responded to those shortcomings in an interview with Red Bull, where he stated: “In the beginning we all know that we didn’t put out a complete product, in a way that is a learning experience.”

With how the fighting game genre has recently evolved, Street Fighter 6 has a lot to work against. There is no excuse for repeating the big mistake that Street Fighter 5 made, which makes me believe this is something that no one should have to worry about. Of course, I thought the same thing with Street Fighter 5 and Marvel vs. Capcom Infinite, a game that the company completely abandoned instead of supporting it.

Rollback netcode is a must

Speaking of the recent evolution of fighting games, a pandemic and need for online competition has put pressure on Capcom to seriously step up what it’s done with Street Fighter in the past. One of the initial review complaints about Street Fighter 5 was the fact that the netcode was unstable. That complaint continues to this day from casuals and pros alike, even after various updates to the networking.

I hope the capcom announcement is just better netcode we don’t need SF6 we haven’t been able to play SFV for past 2 years.