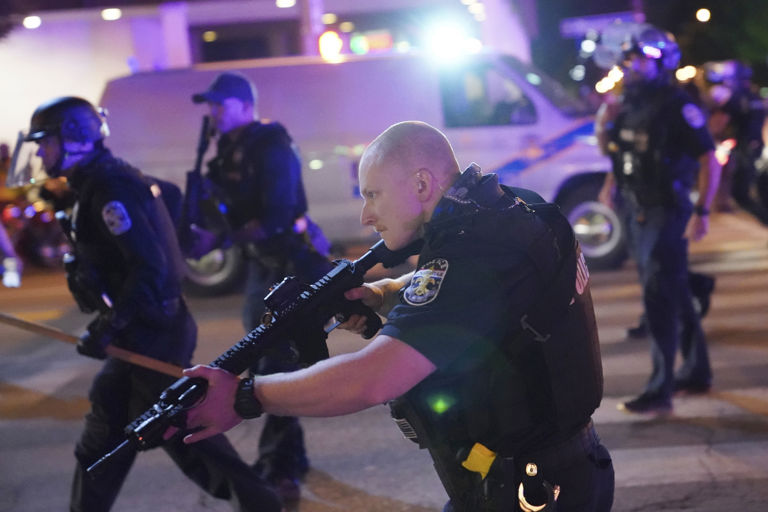 WASHINGTON (AP) — The federal government should study how police use less-lethal weapons, like tear gas and bean-bag guns, and offer guidance to law enforcement agencies across the U.S. because officers are often left with little information beyond the manufacturer’s guidelines, according to a new report by one of the country’s leading police research groups.

The report — released Friday by the Police Executive Research Forum, an organization dedicated to improving the professionalism of policing — examines how police departments handled the thousands of protests and civil unrest in the U.S. in the summer of 2020 after George Floyd was killed at the hands of officers in Minneapolis.

The report offers 38 recommendations for police departments about how to handle demonstrations, civil disturbances, and the violence that occurred during the unrest. It is based on interviews with police chiefs, reviews of after-action reports, and analysis of intelligence and other police reports. The recommendations include improving training, avoiding mass arrests, improving communication both internally within police forces and to the community during demonstrations, and conducting robust reviews after large-scale protests.

But the report also examines the use of less-lethal weapons and points specifically to the need to study their use and for police forces to have a playbook to follow – something the report notes has been sorely lacking for years. Now, the group is recommending the Justice Department’s research arm, the National Institute of Justice, begin examining their use and offer resources to law enforcement agencies about when and how to use the weapons.

The use of such weapons, like tear gas, pepper balls, flashbangs, and smoke bombs, became a flashpoint in the debate over policing in 2020 after dozens of incidents of protesters and members of the media being struck by projectiles or caught up in clouds of tear gas unleashed on mostly peaceful crowds.

Click here to view the original web page at www.msn.com