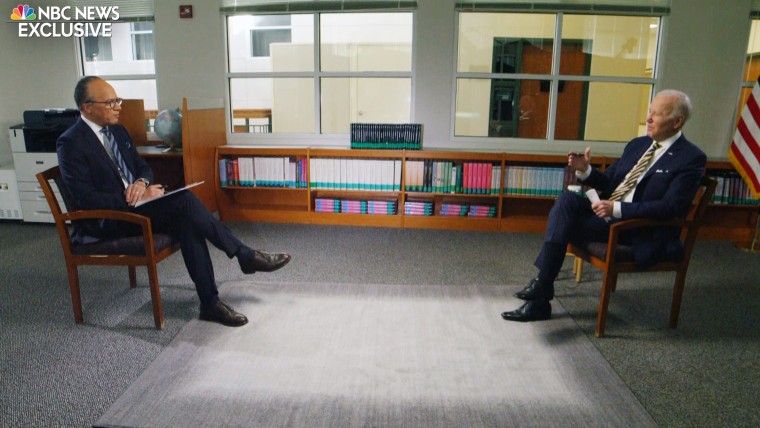 President Joe Biden issued a warning Thursday to any Americans who remain in Ukraine as Russia continues to threaten an invasion: Leave.

“It’s not like we’re dealing with a terrorist organization. We’re dealing with one of the largest armies in the world. It’s a very different situation, and things could go crazy quickly,” he said.

Holt asked Biden what scenario could prompt him to send troops to rescue Americans fleeing the country. Biden replied: “There’s not. That’s a world war when Americans and Russia start shooting at one another.”

“We’re in a very different world than we’ve ever been,” he added.

Separately on Thursday, the State Department issued an advisory warning that the U.S. “will not be able to evacuate U.S. citizens in the event of Russian military action anywhere in Ukraine.” It warned that regular consulate service — including aiding citizens trying to leave the country — would be “severely impacted.”

According to a U.S. military and intelligence assessment, the Russian military could launch a full-scale invasion, with tanks that potentially could reach Kyiv, the capital, within 48 hours.

Biden argued that if Russian President Vladimir Putin is “foolish enough to go in, he’s smart enough not to, in fact, do anything that would negatively impact on American citizens.”

“Have you ever told him that?” Holt asked.