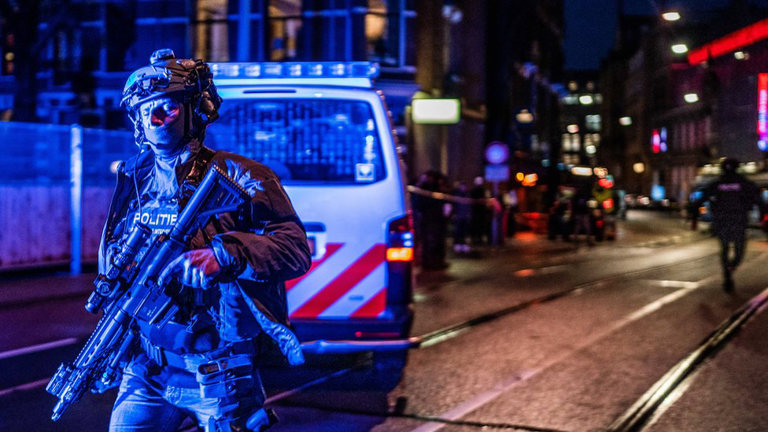 Police in Amsterdam are responding to a hostage situation at an Apple store in the city’s busy Leidseplein area.

Officers were called to an armed robbery on Tuesday afternoon which became a hostage-taking.

Specialist officers are on site to deal with an armed individual and several people have managed to leave the store, police said.

But officers said they were reluctant to release further details due to safety concerns.

Police also asked people in the area to stop sharing images or live streams on social media, for the safety of those still inside the buildings.

Images circulating in Dutch media appeared to show a man waving a firearm in one hand while holding another person in his other arm.

News outlet AT5 said that nearby witnesses had reported hearing gunshots as the incident began, but police have not confirmed this.