Post: “‘A Knife to the Throat’: Putin’s Logic for Invading Ukraine” 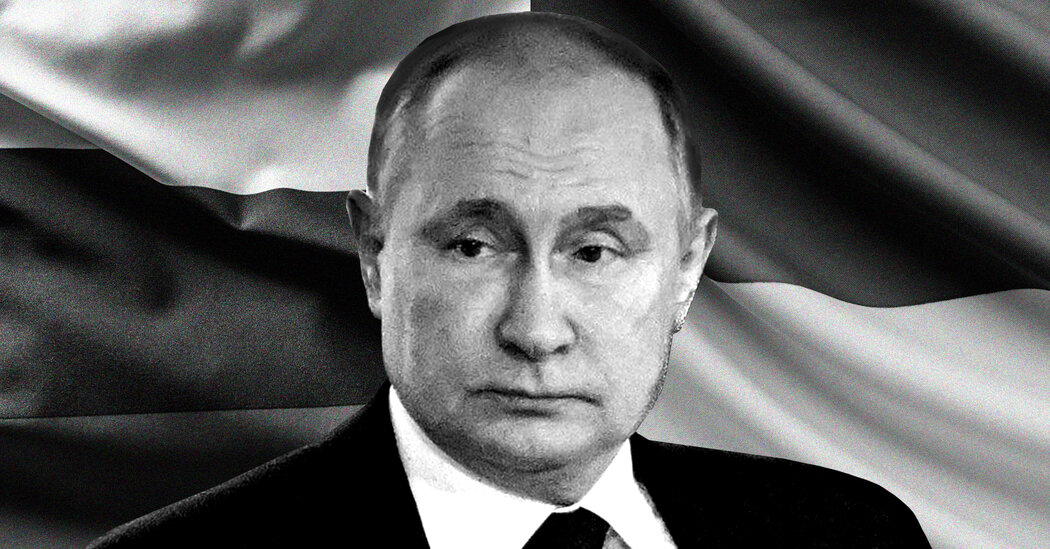 Early Thursday morning, President Vladimir Putin of Russia declared a “special military operation” in Ukraine, beginning what could prove the most significant military conflict in Europe since World War II.

In what Ukraine’s government called “a full-scale attack from multiple directions,” the Russian military rained fire on Ukrainian airports and cities, killing more than 40 Ukrainian soldiers and dozens of civilians in the first hours of the attack, according to Ukraine’s ambassador to the United States.

President Biden condemned the invasion on Thursday as “a premeditated war that will bring a catastrophic loss of life and human suffering” and announced a “devastating packages of sanctions and other economic measures to hold Russia to account.”

But will the sanctions really be enough to stop a full-scale war and save Ukraine’s sovereignty? What other interventions, if any, should the United States and the rest of the world be considering? Here’s what people are saying.

The promise and peril of sanctions

Western leaders announced a first tranche of sanctions on Russia earlier this week, but the measures left room for further escalation. While they blocked Russia’s government from borrowing money from Western financial markets and cut off two large Russian banks from the U.S. financial system, they did not go as far as banning the purchase of Russia’s fossil fuels, by far Russia’s biggest revenue source.

Now that Russia has moved forward with its assault, European countries, Japan and South Korea have said they will join the United States in imposing even harsher sanctions. So far, these include freezing trillions of dollars in Russian assets, including the funds controlled by Russian elites and their families; severing more of the country’s banks from transactions with non-Russian entities; and imposing sweeping export controls on technologies and inputs needed by Russian industry.

Yet once again, the measures unveiled did not target Russia’s fossil fuel exports, reportedly because of concerns over domestic blowback to high energy prices. Nor did they exclude Russia from Swift, the payment system used for transactions between banks around the world. That omission drew criticism from Representative Adam B. Schiff, the California Democrat who leads the House Intelligence Committee, and from Ukraine’s foreign affairs minister.